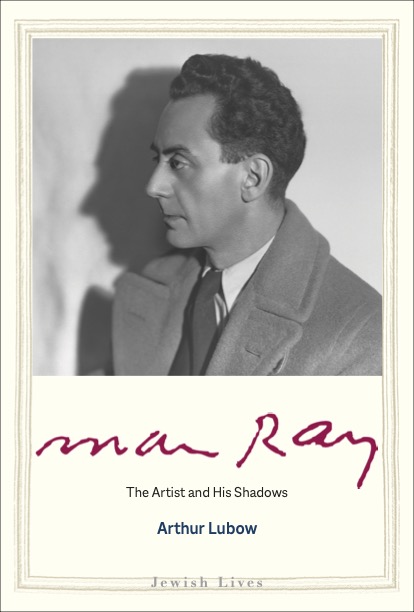 A concise biography of the celebrated but elusive Dada and Surrealist artist that explores his photography, paintings and objects.

Man Ray (1890–1976), a founding father of Dada and a key player in French Surrealism, is one of the central artists of the twentieth century. He is also a protean figure who is famously hard to pin down. Lubow sensitively tracks how Emmanuel Radnitsky, the eldest of four children of Jewish immigrant tailors in Brooklyn, transformed himself into Man Ray, a central figure of the Parisian art world. Man Ray was the closest friend of Duchamp and an intimate associate of Picasso, Breton, Giacometti, Ernst and the other leading lights of the artistic firmament of Paris in the twenties and thirties. Lubow also chronicles his relationships with the four women who were most important in his life: Adon Lacroix, his first wife; Kiki de Montparnasse, the charismatic and legendary queen of the Parisian art world; the beautiful and gifted photographer Lee Miller; and Juliet Browner, the dancer who was his second wife in a marriage that flourished until his death.

“By approaching its subject ‘sideways, through an investigation of his most important relationships,’ the author of this biography ingeniously captures one of the twentieth century’s most enigmatic artists.”
–The New Yorker

“Arthur Lubow’s Man Ray: The Artist and His Shadows is a graceful, compact look at the man and the many kinds of art that he made….Lubow’s evocation of Man Ray is full of insights, often dramatic….”
–David D’Arcy, The Art Newspaper